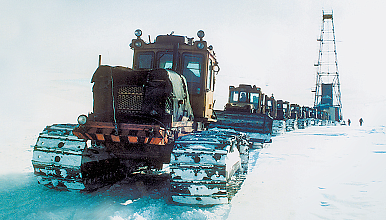 "Why is oil so hugely important? Oil is a universal regulator. It is expensive to build nuclear power plants. Alternative energy is great, but still quite expensive. Oil - well, you just load it into a tanker and go….". 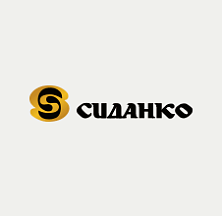 SIDANKO
The Interros Group of companies obtained a majority stake in SIDANKO, an oil company, in 1995. The shares were under management first to be acquired later. In 1997 SIDANKO became one of the five largest oil companies in Russia. Interros was able to bring in a foreign partner, British Petroleum, which purchased a 10% stake in SIDANKO for $470 mln. After the financial meltdown of 1998, SIDANKO shareholders refused to finance the company’s debts. Bankruptcy proceedings began for SIDANKO and its subsidiaries. In 2001, following a dispute between the SIDANKO shareholders and Alpha Group, which controlled TNK, the latter acquired 44% of SIDANKO from Interros.
More
1997 bottom line: • year-on-year net revenue grows by 16% as compared with 1996 • assets grow by 8% • oil exports grow by 6%
Over a nine-month period in 1998, 133 new wells were drilled, which is 33 more than originally planned.

1995
Russia’s industrial production continues to fall, barter is replacing monetary payments, the fabric of commercial activity is coming apart at the seams. Loans-for-shares auctions run by the government of Russia give business people an opportunity to take charge and participate in managing and rebuilding the largest mineral extraction companies. UNEXIM-MFK Group wins an auction to manage a 51% stake in the SIDANKO oil company. Another 40% is acquired at investment tenders.

1997
In early January, MFK organizes an investment tender for the 51% stake in SIDANKO. Interros Oil acquires the stake for $129.8 mln. Under the terms of the tender, the winner must invest $100 mln in oilfield development and SIDANKO facility upgrades. Interros sets out to slow down the slump in production and stabilize oil recovery. The company’s business units streamline their interactions, oil production and refining get rebalanced, and export is brought under a single point of control. SIDANKO becomes the fifth- to seventh-largest oil company in Russia by various parameters. The company’s shareholders manage to prepare and close the deal attracting Kantupan, a consortium of foreign investors interested in the promise of the Russian oil industry. Interros brings in a foreign partner by selling 10% of SIDANKO to British Petroleum for an unprecedented $470 mln. This marks the first step of the British oil major on the Russian market, a step that would later lead to the creation of TNK-BP. Total production decreases slightly year-on-year by 1.2%. A number of producing wells manage to increase output.

1998
Interros makes significant investments in facility upgrades, production increase and cost-cutting measures in order to fulfill the investment commitments undertaken at the auction. A large part of the sales revenue goes to pay down the subsidiaries' tax arrears. The 1998 financial meltdown pushes the company’s management troubles to the forefront. An inept management team had allowed SIDANKO’s subsidiaries to accumulate significant losses, including in transactions between the subsidiaries. In the wake of the 1998 crisis, Kantupan, BP and Interros - all SIDANKO shareholders -  refuse to cover the company’s debts. Bankruptcy proceedings are initiated first for the subsidiaries, and later for the parent company. Despite SIDANKO's efforts to pay down its debts, such as obtaining a syndicated loan from a group of banks headed by Dresdner Bank, state tax authorities freeze the holding’s oil production company assets. Following a dispute between SIDANKO shareholders and the Alpha Group, which controls the Tyumen Oil Company (TNK), the Alpha Group acquires the bankrupt SIDANKO subsidiaries. SIDANKO shareholders object to the acquisition and question the legality of the deal.

2000
After a year of difficult court hearings, TNK and SIDANKO shareholders sit down to negotiate.

2001
TNK shareholders purchase 44% of SIDANKO from Interros for approximately $1 bln. Once the negotiations are over, BP agrees to merge SIDANKO and TNK.