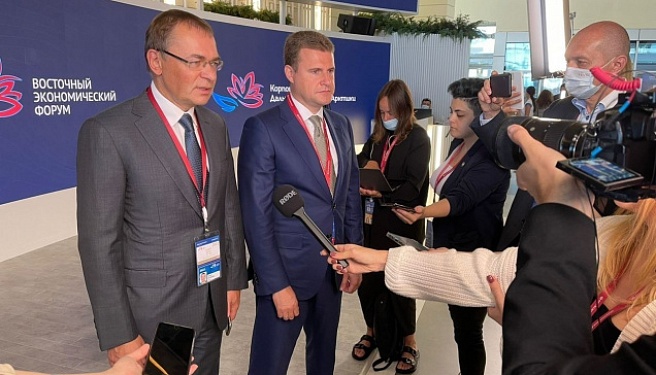 The mission of the Voskhod Venture Fund is to develop high-tech companies in the Far East to meet and overcome industrial challenges, and to promote innovative Russian companies that can compete internationally. The Fund will provide support to new teams with promising projects in creating successful companies and bringing their scientific and technological developments to commercial operation. Interros will invest 10 billion rubles (US$140ml) over the next five years starting this year.

Vladimir Potanin, the founder and President of Interros commented: “Investments in modern technologies, including digital ones, are one of the key areas of Interros' business. The Russian Arctic and the Far East are one of the most promising regions of the country, whose technological and scientific potential can hardly be overestimated. For Interros, participation in the fund is not only a major investment, but also a contribution to the innovative development of the region and the entire Russian economy."

Interros views the creation of the fund as a logical progression of the efforts undertaken within the framework of the Russian government's policy to develop the Far East and the Arctic and increase the investment attractiveness of these territories.

Sergey Batekhin, General Director of Interros said: “The main goal of the Fund is to bridge the gap for promising startups at early stages, when the risks are greater. Taking into account our experience and understanding of the market, we will assist these startups in developing business plans and go-to-market strategies."

The implementation of the agreements executed at the Eastern Economic Forum will provide a significant economic contribution to the development of the Russian Arctic and the Far East. Earlier this year, Interros invested 40 billion rubles into a new major tourism project in the Kamchatka region of the Russian Far East.

About Interros
The Interros Group is one of the largest private investment companies in Russia, founded by Vladimir Potanin in 1990. Since its inception, Interros has successfully completed more than 25 investment projects. Drawing on decades of successful experience in the Russian market and shareholder's assets Interros invests in high-tech innovative projects aimed at developing Russia and improving people's lives, in line with Vladimir Potanin's vision of transferring capital to the benefit of society. Interros's diversified portfolio includes investments in metals & mining, real estate development, sports and tourism, pharmaceuticals and private equity.