News
10.12.2021
Interros has redomiciled its Cypriot company to Russky Island in the Russian Far East 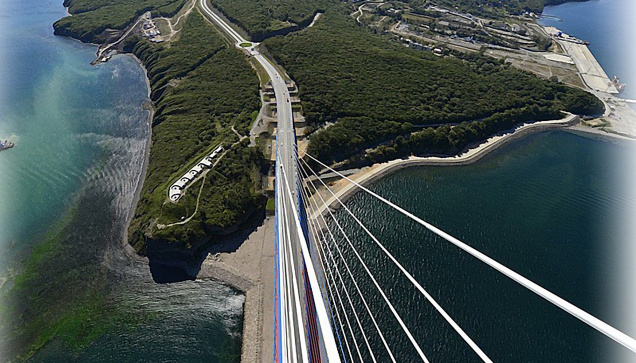 Interros Group has completed the transfer of its off-shore company Interros Capital from the Cypriot jurisdiction to the Special Administrative Region (SAR) on Russky Island (Far East, Russia). Interros Capital controls 31.5% of the shares of MMC Norilsk Nickel, among other assets.

As a resident of the SAR, Interros Capital will carry out the Group's investment projects in the Far Eastern Federal District, including the new resort, Park Three Volcanoes, aimed at developing responsible tourism in Kamchatka, and the Voskhod venture fund, which will invest into high-tech projects and startups.

The transfer to Russky island signifies an important step towards deoffshorization for Interros, which it initiated back in 2015, when its off-shore companies became Russian tax payers. The recent creation of the Special Administrative Region became a crucial component to conclude the transfer as well: conditions for doing business there are similar or better than overseas. Apart from the economic benefits, redomiciliation offers logistical and managerial improvements as well: since Interros Group invests in Russia, it is more straightforward to do it from Russia. In addition, Interros is aiming to become an anchor investor in the Russian Far East, and it will be easier to find and develop other projects, in addition to the existing ones.

Commenting on the news about the redomiciliation of Interros, Alexei Chekunkov, the Minister of the Russian Federation for the Development of the Far East and the Arctic noted: “Interros is a strategic investor. We welcome its redomiciliation in Russia - in a special administrative region on Russky Island. We hope that the Interros Group will continue to make efficient investments in various sectors of the Russian economy, primarily in the Far East and the Arctic. All the needed conditions have been created here - preferential regime for the territories of advanced development, the free naval port, the Innovative Scientific and Technological Center and the SAR on the island Russky, system of benefits for residents of the Arctic zone. We will provide all the necessary support through the Government of the Russian Federation and development institutions."

Vladimir Potanin, President of Interros, said: “Russia has always been the main focus for Interros's business. As the oldest private investment company in the country, we welcome the fact that suitable conditions for doing business have been created in Russia that make the use of offshore companies unnecessary. Registration in the Special Administrative Region on Russky Island will allow Interros to run domestic investments more efficiently, including in the Far Eastern and Arctic regions. I believe that our move to the Special Administrative Region on Russky Island will give a new impetus to the economy of the entire Far Eastern region, become an important signal for Russian investors, and make them even more keen on the domestic development."