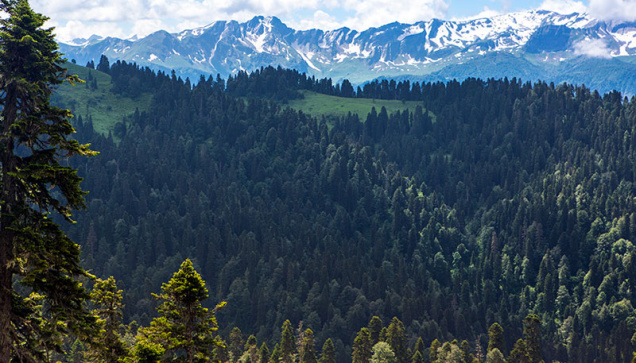 The project envisages further development of tourist infrastructure for health rehabilitation and downhill ski recreation in the mountain cluster of Sochi, establishment of a balneology center with a sanatorium, a rehabilitation retreat, SPA hotels and hydro-treatment facilities, as well as a ski center with several lifts and ski tracks with a total length of 80 km.

The total investment in the project is estimated at $1 bln. The sources of financing will include own and borrowed funds of the participating companies. Interros will act as an investor in the project and will mobilize further financing. VEB.RF state corporation will take part in the feasibility study of the Dolina Vasta project, investment structuring and financial consulting, as well as provide syndicated project financing. The Vasta Discovery development group, acting as a co-investor of the project, will undertake its implementation, design estimates and operation of the facilities included in the project, and raise additional funds.

The new project is based on the success of the Rosa Khutor resort, developed by Interros previously, which became the anchor site of the 2014 Winter Olympic Games in Sochi. It is expected that the creation of Dolina Vasta will stimulate the development of small and medium-sized businesses in the region, lead to the creation of more than 2.5 thousand new jobs and partially relieve the Rosa Khutor resort, which has been operating at its capacity in recent years.


“The success of mountain resorts in Sochi clearly demonstrates the growing demand among Russians for recreation within our country. This became especially true during the pandemic. The creation of a new all season resort Dolina Vasta will allow not only to enhance our citizens’ access to such a vacation, but also to meet the growing demand. As an investor in the project, Interros intends to apply its experience gained during the creation of the Rosa Khutor resort and will ensure that the construction of Vasta Valley is carried out according to the highest technological and environmental standards."