News
16.12.2021
Interros will allocate US$1 billion for investments in high technologies 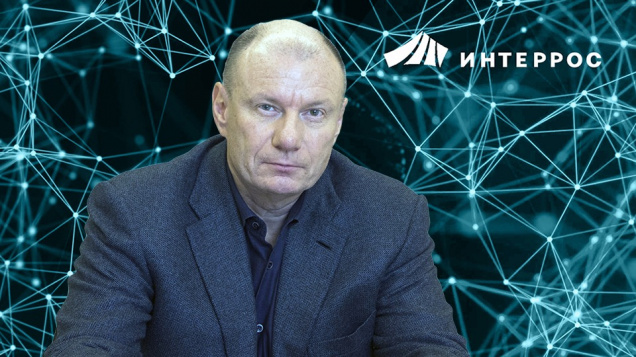 The funds will be used to develop digital projects and support promising high-tech startups, which will need further funding as they develop.

Interros has adhered to the principle of developing projects that, along with profits, bring tangible benefits to society throughout its history of over 30-years. The first investments in high technologies were made by Interros back in 2006, when the company invested in hydrogen energy projects. In 2010, Vladimir Potanin announced his intention to commit his wealth to service for the benefit of society.

In recent years, Interros has been actively developing its digital agenda. The company took an active part in the development of the new law on digital financial assets in Russia, acted as a co-investor in several global digital trading platforms, the most prominent of which is Atomyze, currently in various stages of preparing for operating in Russia, Switzerland and the United States. Interros supported the launch of the Center for the Study of the Brain and Consciousness in Skolkovo, where the Laboratory of Physics of Programmable Materials is headed by the Nobel prize laureate Konstantin Novoselov.

Digital technologies are also being actively developed in another key portfolio asset of Interros - Norilsk Nickel. They allow to effectively control the movement of vehicles in mines, increase the efficiency of document flow, introduce the latest advances in technology in the field of industrial safety and labor protection, environmental control and ESG compliance. As one of the world's leading metal mining companies with the lowest greenhouse gas emissions, Norilsk Nickel has launched a carbon-neutral nickel with a digitized certificate of authenticity, and listed exchange-traded commodities on the Vienna, Austria stock exchange.

Finally, this year Interros, with the support of the state, created the Voskhod venture fund, and the volume of its investments there will exceed 10 billion rubles over 5 years.

Vladimir Potanin, Interros President, commented: “Interros considers digital technologies and high-tech to be its main focus for investments. Russia has great potential for the development of digitalization: we have first-class programmers, a solid school in mathematics, good legislation and an advanced regulator. I believe that Russia can secure itself a leadership position in the digital economy of the future."