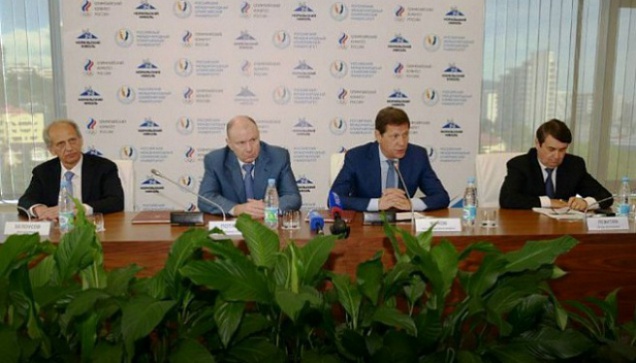 As a partner of the Russian Olympic Committee and the Russian Olympic team, Norilsk Nickel will contribute to the development of Olympic educational programs, such as training of homegrown sports professionals under the auspices of Russian International Olympic University, as well as preparing of Russian athletes for the XXXI Olympic Games in Rio de Janeiro (August 5–21, 2016) and for the 2018 Games in Pyeongchang (South Korea).
The company will also support the ROC national project Russian Team, aimed at uniting all the national team athletes and their fans under the colors of the Russian flag.
Norilsk Nickel is involved in national and socially significant projects. The Company was the ROC and the Russian Olympic team general partner at the Olympic Games in Sochi in 2014. As an extension of its social policy, the company provides support to high performance sport, the development of mass sports in its operation regions, and of student and youth sports activities.


The ROC President, Alexander Zhukov: «We are very pleased that Norilsk Nickel, which traditionally provides comprehensive support to socially important, cultural and sports projects, becomes a new partner of the Russian Olympic Committee. I am convinced that our cooperation, which is intended to develop and promote mass and amateur sports in Russia and to ensure Russian athletes training for the Olympic Games in Rio de Janeiro and Pyeongchang, will be the most effective. Furthermore, the interaction between the ROC and MMC Norilsk Nickel provides plenty of opportunities for the implementation of Olympic educational programs under the auspices of the Russian International Olympic University. Training of qualified personnel, including sports managing and administrative staff, is one of the Olympic Committee’s key objectives in the field of the Olympic education, and an essential component for the full use of the rich Olympic legacy, which is to be further developed and to provide benefit for future generations.»


MMC Norilsk Nickel President, Vladimir Potanin: «As the largest socially responsible Russian company, Norilsk Nickel traditionally provides support to important sports projects aimed at the mass sports and healthy lifestyle promotion. I am certain that the Olympism development is the only right way to complete these tasks on a whole country scale. As someone who has spearheaded the establishment of RIOU, I am highly delighted that its unique scientific and technical facilities will provide the basis for sports education development in Russia and the assistance for the construction of new sports infrastructure, not only in our country but in the whole world as well.»