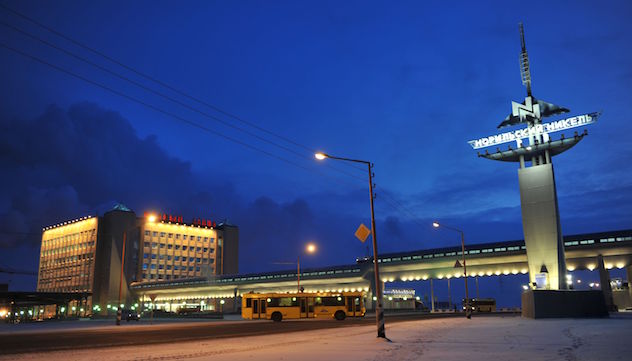 Capital expenditures amounted to 1.7 billion USD, a 27% increase over 2014. The increase was due to an investment program to reconfigure enrichment facilities and metallurgical conversion plants, including capacity expansion and upgrades at the Talnakhskaya enrichment plant and modernization of the Nadezhdinsky metallurgical plant and the Kola MMC refining facilities.

«We have continued to develop highly profitable mining assets in the Zapolyarie branch, as well as the Skalisty mine, our flagship project. We also began construction work on the Bystrinsky MMC, another of our flagship projects», said Vladimir Potanin.

Norilsk Nickel continues to collaborate with its Chinese partners. In December of last year, a consortium of investors from China was brought into the Bystrinsky project, acquiring a 13% minority stake. In January of this year, the company signed a pioneering loan agreement with a syndicate of Chinese banks, opening a  credit line in yuan renminbi in an amount equivalent to 730 million USD.