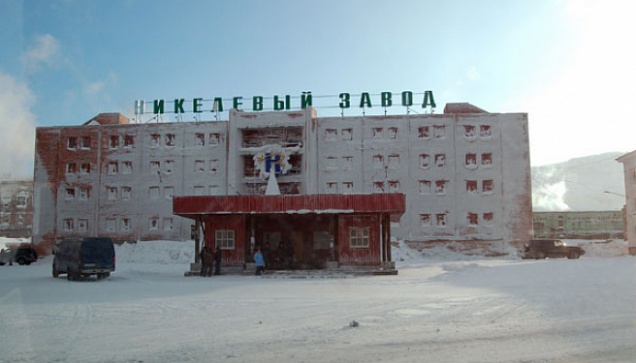 On the 27th of June, 2016, the smelting and roasting shops of the Nickel Plant were stopped. Nickel Plant Closure Project is one of the step of  program of Norilsk Nickel production facilities reconfiguration.

Nickel Plant is the oldest asset of the Company (it was commissioned in 1942) with annual sulfur dioxide emissions amounting to 380 thousand tons. Inability to capture sulfur at obsolete production site became the main factor for implementation of comprehensive project for its closure. Norilsk Nickel management made a decision to construct new facility for sulfur dioxide gas capture at Nadezhda Metallurgical Plant.

At the same time with staged shutdown of the Nickel Plant the Nadezhda Plant was prepared to manage with processing the bulk of  feed. Implementation of this comprehensive project allows to modify production chain and considerably improve environment situation in Norilsk, — said Alexander Rumin, the  — Director of the Polar Division of the Company.

Nickel Plant was accountable for over 25 per cent of the sulfur dioxide emissions in residential area, which means from 75 to 80 days per year, in average. Closure of the Plant will eliminate this source of emissions into the town environment. Staged shutdown of the plant facilities commenced from February 1, 2016. Sinter Plant was stopped on the 10th of June, smelting and roasting shops were stopped on the 27th of June, that is all processing facilities. The obsolete capacities are to shut down in October.

The project is run in conjunction with the government, and is unique in terms of the environmental impact delivered and the social guarantees it brings to the staff. Approximately 2,500 of those employed at the Nickel Plant will benefit from an unprecedented corporate social program offering either an occupational training for the staff followed by a reassignment to other corporate enterprises or a relocation to one of Russia’s regions participating in the Veterans of Metallurgy corporate retirement benefits program with 560 distinguished metallurgists from the Nickel Plant in its scope. The retirees will be awarded with a substantial payment.

Looked at from the environmental, social, and technological perspective the comprehensive shutdown of Nickel Plant is lauded by experts as a one- experience for the Russian industry practice and the year’s greatest milestone.