News
19.04.2019
The Vladimir Potanin Foundation is Among Top-20 of the Private Russian Charities 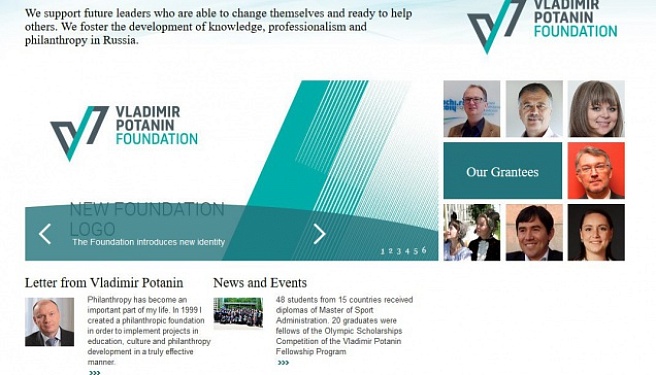 The magazine took into account only the foundations that were established by the members of the Forbes Russia list. The rating is based on two indicators: the efficiency of the foundation and its budget.

The Vladimir Potanin Foundation (VPF) was ranked second on the Forbes list, receiving 80.06 points out of 100.
Founded in 1999, the VPF is one of the first Russian private funds, and perhaps the most stable, writes Forbes. From the very beginning, the Foundation supported education and culture, talented students, initiative partners, and the world’s best museums. The State Hermitage, the Tretyakov Gallery, the Center Pompidou were among the recipients of the VPF’s donations. The Foundation researches and develops the theme of social efficiency, holds thematic conferences and contests on endowments. In 2019, the Foundation opened the Center for the Philanthropy Development.

> 30,000 grants and scholarships allocated by the Foundation within 20 years of its existence.
24 countries — the geography of the fund’s beneficiaries.
$ 5 million — first installment of Vladimir Potanin to the Hermitage Development Fund in 2011.