News
17.06.2019
Vladimir Potanin Olympic Collection to be Presented at the Innovation Center of Russian Olympic Committee 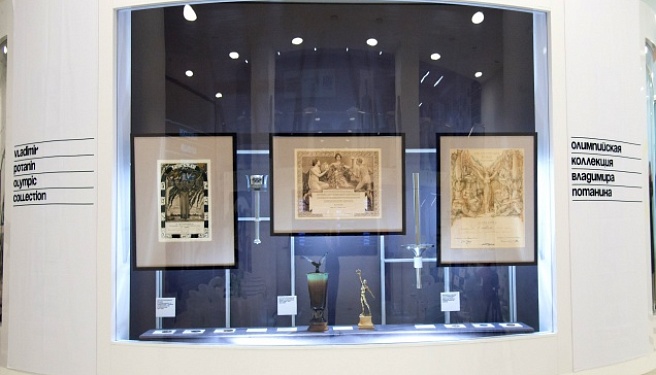 The entrepreneur has made a great contribution to the Olympic movement. He inspired the creation of and invested in the Rosa Khutor mountain resort, a centerpiece of the 2014 Sochi Winter Olympic Games. The RIOU, Russian International Olympic University, is another of Vladimir Potanin’s signature projects. The collection is his new undertaking to promote the ideals of sportsmanship, the Olympic spirit, and Games’ legacy.

«I am glad that this collection gets a normal life. Communicating the ideals of sport in our country and around the world is the right concept. This is another reason to remember the people who forged the glory of sport», said Vladimir Potanin

Olympic torches’ prices range between 1.5 and 170 thousand dollars, depending on the rarity of the torch. For example, only 100 torches were manufactured for the 1992 Games in Albertville. They were designed by Philipp Stark, a cult figure among world’s designers.

A group of experts from the RIOU, headed by the University dean academician Lev Belousov, will curate the exhibitions.

After the presentation at the ROC headquarters, the collection will be displayed to the large public. The Minsk City Hall will host anexhibition from the 21st of June to the 14th of July. The display will open on the occasion of the 2nd European Games. Minsk will be the starting point of the collection’s international tour. Next, it will travel to Tokyo — home to the XXXII Summer Olympiad in 2020; Beijing — future capital of XXIV Olympic Winter Games in 2022; and Paris that will host the XXXIII Summer Olympiad in 2024